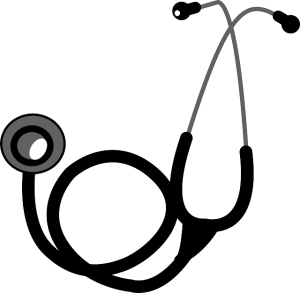 She is now 25 1/2 inches long (88th percentile) and 13 pounds, 15 ounces (43rd percentile). This was a big jump in her weight, which is good, but it might be overstated since she was wearing a pretty wet cloth diaper at the time compared to a disposable the last time she was weighed.

The doctor said she looked strong and healthy and that she would likely be an early crawler because she is so strong on her tummy. I know some babies hate tummy time, but A. has always loved it, at least until she gets tired of holding up her head.

The doctor also said she actually seemed ready for rice cereal since she was holding her head up well, has been very hungry recently, and isn’t sleeping through the night. She suggested giving her a little rice cereal just once a day at dinner. She also said they recommend brown rice cereal.

We had brown rice at home, so I attempted to make my own, but the second I turned on the food processor, A. started bawling from the loud noise. Of course I felt terrible making her cry when she was already cranky from her vaccinations! So I ran out to the store. Unfortunately, brown rice cereal is actually pretty hard to find – most rice cereal is not made from the whole grain. I finally found some of the Earth’s Best brand

Today was a pretty cranky day for A. but I was happy to give her extra snuggles and kisses. She’s already so big I have to enjoy it while she’s still snuggly!